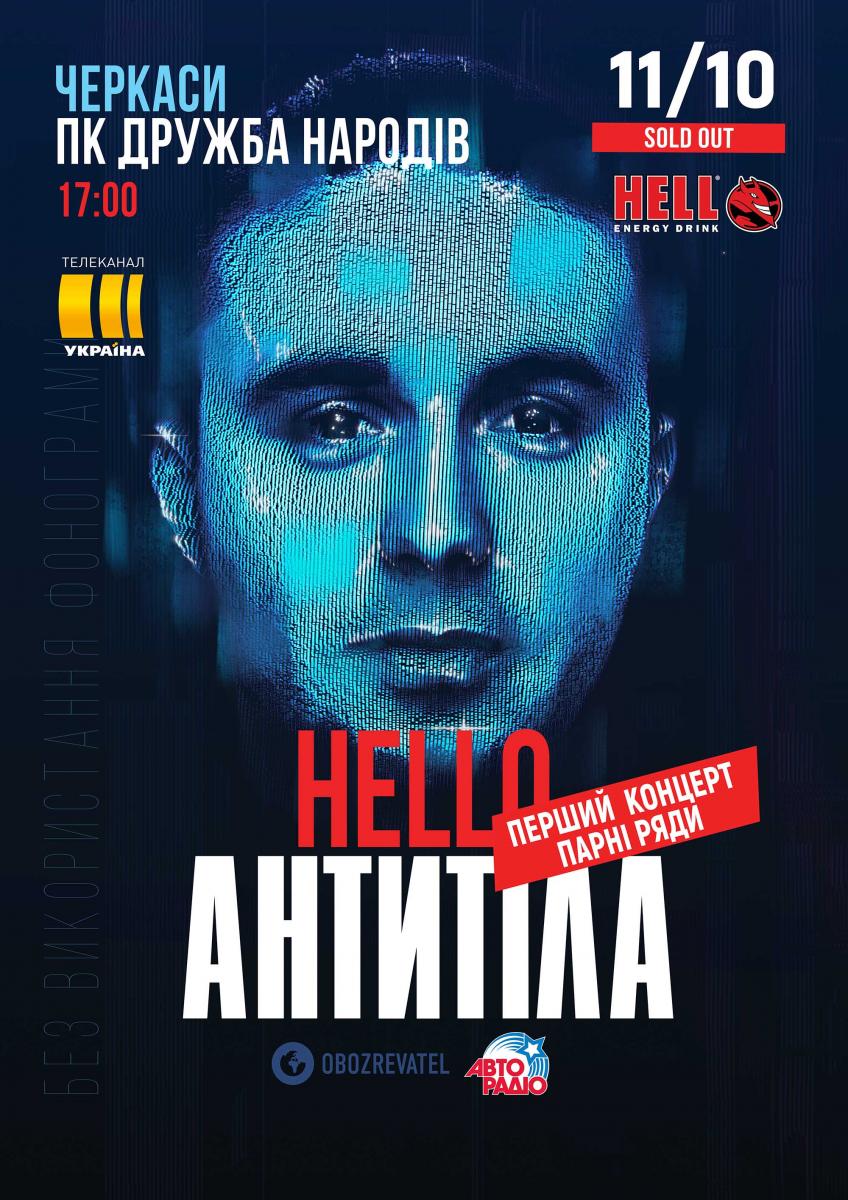 The ANTYTILA band go on a successful tour «Hello» around Ukraine. Stadium sold-outs and two Palaces of Sports in the capital city at a run were its first part.

Unfortunately, the quarantine has made us pospone the gig to October 10 and 11, 2020, and split it into 3 parts following quarantine limitations.

From West to East, from theaters to stadiums, from regional towns to million-plus cities. At the music venues of the country, the band’s gonna present a two-hour music program made of the hits from the new album, among which there are «TDME», «Вірила» (‘Viryla’ / ‘You to believe’), «Лови момент» (‘Lovy moment’ / ‘Seize the moment’) as well as from the previous CDs: «Все красиво» (‘Vse krasyvo’ / ‘Everything’s lovely’), «Люди як кораблі» (‘Liudy yak korabli’ / ‘People like the ships’), «БудуВуду» (‘Buduvudu’) and others. The atmosphere of special effects, lighting and cutting-edge world class live sound are as complementary. Because these are exactly ANTYTILA who have presented the best stage equipment at their gigs in Ukraine having gained the highest world awards at the music exhibition in the USA in 2018. An exclusive stadium stage in the shape of semicircle and weighing 68 tons will be adapted to all tour concert venues so that the fans in every town or city could plunge into ANTYTILA’s music world, feel their energy fully, and become a part of the live-show «Hello».

«We’ve been piled with requests to come to this or that town or city in messengers and via email. With every our new stadium gig, the wave of excited feedbacks flew across the whole country via word-of-mouth. Therefore, as we promised you, we extend the geography of our tour HELLO. So wait for us at new stadiums and big multi-thousand covered venues with a big three-hour-long program, show, sound, and light of world class!», added Taras Topolia.

This is the eigth ANTYTILA’s tour, but that was the first time when they had presented the show of such format to their fans. «Hello» is two years of preparation, the synergy of millions of fans around the world, and the work of a very big ANTYTILA’s team.
This is how ANTYTILA sound today. They sound for the whole family.

ANTYTILA are more than just music!