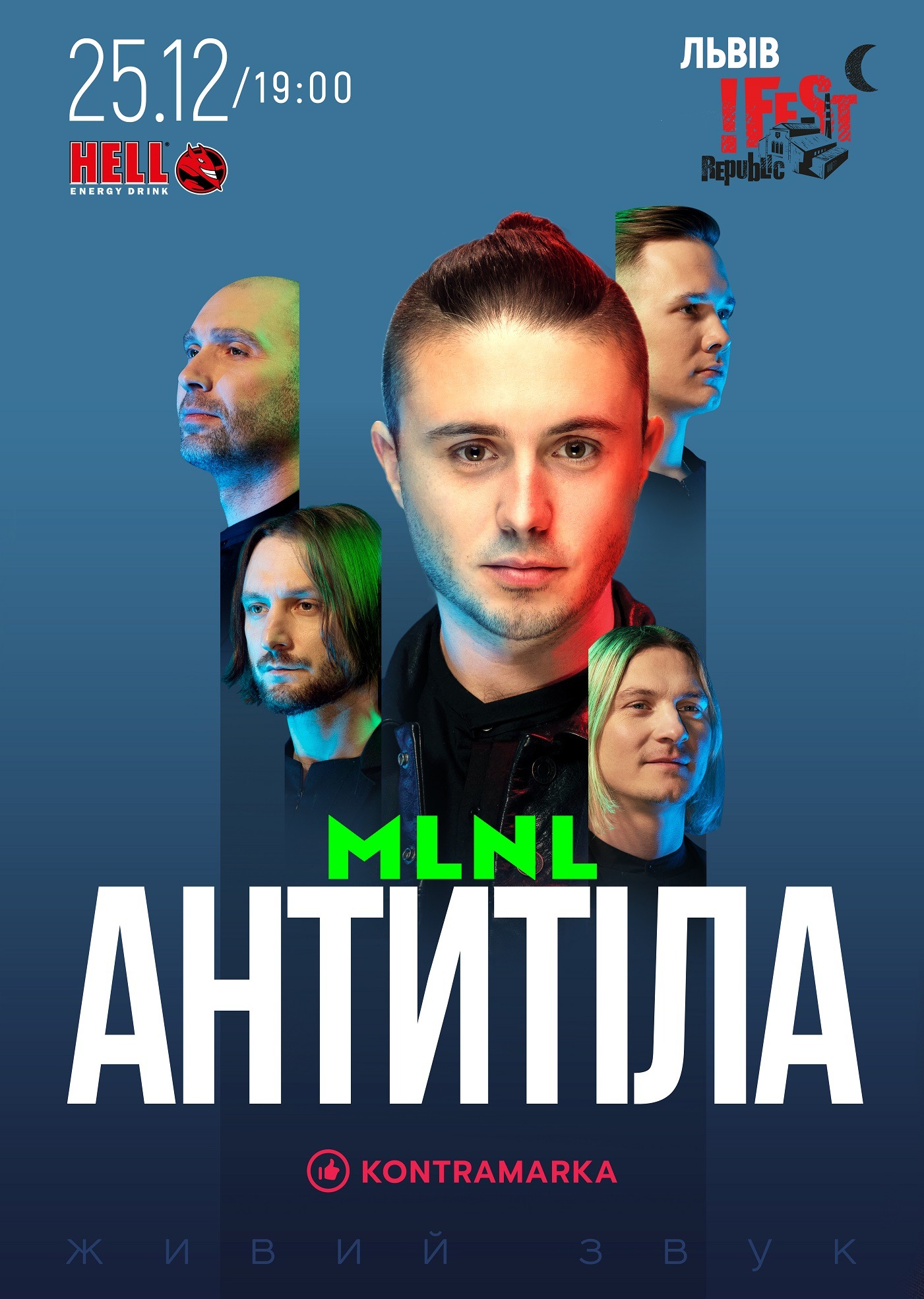 A Millennial Gig.
The only Ukrainian gig of the ANTYTILA band in 2022.
December 25. Lviv.
We’re about to play the new album MLNL live for the first time, the one having been released on the first days of the war, and the one ANTYTILA still haven’t managed to present fully.
Creativity has faded into the background during this year, but the songs from this record have become our common symbol of resistance and invincibility.

We’re going to play the songs favorite for Ukrainians and having become soundtracks of hope and trust in Victory, we’re going to sing about love to our country, to our family and friends like we’ve always been doing.
And, of course, we’re going to remind of the importance of struggling, we’ll be telling the truth firsthand.

The friends of ours are preparing a new powerful stage and light show. There are also nice surprises waiting for you.
We invite everyone to come and remember the atmosphere we’ve all missed so much.
Apart from that, from December 12 to 25, in Lviv, in the premises of Festrepublic, the museum of the ANTYTILA band will be open on public for the first time, the museum, which has been earnestly collected during 14 years of the band’s creative period and functioning. Visiting the museum will be free. You’ll be able to buy some items including those the musicians have brought from the frontline in order to provide financial support for the volunteer projects of the «ANTYTILA» Charity Foundation.
See you!