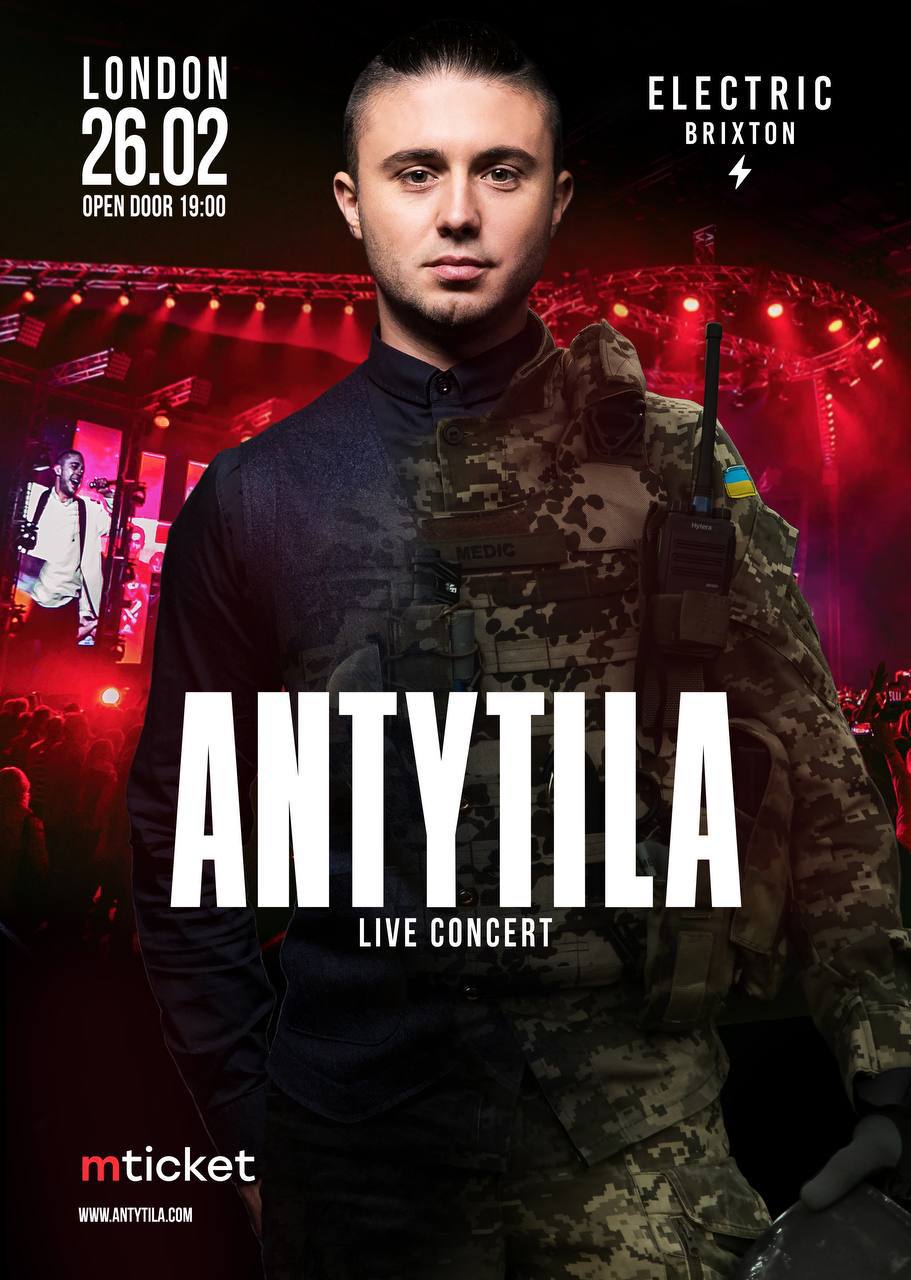 Famous Ukrainian band Antytila is going to perform in London on 26th of February and give fundrising concert to collect money for Ukrainian Armed Forces and humanitarian aid.

They sang with Bono and The Edge from U2 in Kyiv underground, they released common song with Ed Sheeran and performed it together live few months ago. From the very beginning of full-scale invasion they swept their musical instruments to guns and started to protect their lands with millions of Ukrainians.

Now they will be performing in London, Electric Brixton on 26th of February. They will play their new album MLNL that was released on the second day of War.

‘’You discovered our band from interview on radio and TV now it’s time to feel and listen to our music live. All this time we’ve been receiving huge amount of support from England and United Kingdom, so we are truly convinced that people are waiting for our performance. We are inviting all to our concert in London. Best light and sound, Ukrainian groove and Ukrainian soul in each song. All this will be waiting for you on our gig. And what is more – true faith in our Victory!’’ – says frontman of Antytila band Taras Topolia.

Ukrainian rock band Antytila have performed in front of thousands of fans over the years, but they have swapped the stage for the front line of war now. On March they appealed to Ed Sheeran and make common performance in Birmingham and Kyiv. But they were denied by organizers. Then Ed Sheeran came back to the band and suggest to make common remix of 2Step song.

Антитіла » Концерти » Rock band Antytila that fighting against Russia is going to perform in London.